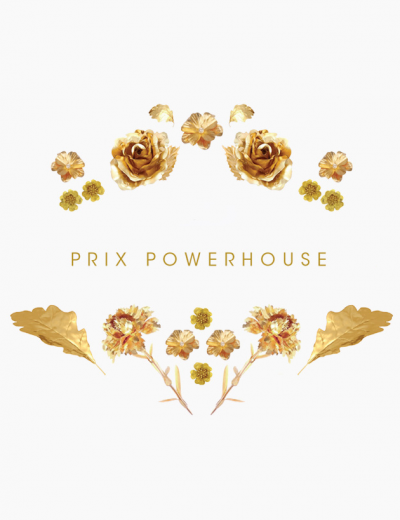 The PRIX POWERHOUSE is a 10 000$ biennial recognition award shared between two Montréal artists to celebrate their artistic journey. It is destined to women and gender minorities who have reached the mid-stage in their career and contribute in a significant way to Montréal’s cultural life. This award honors artists who show perseverance and who continue their work by remaining committed in their approach.

The award dovetails within La Centrale’s mandate to promote feminist artistic practices and to support under-represented artists in dominant cultural institutions. The centre is a platform for languages in contemporary art carried by feminisms, intersectionality and social justice.

* The artist must be nominated by a third party. Members of the Administration Board and La Centrale workers are not eligible to the award.

The Prix Powerhouse is created thanks to the endeavour of an anonymous donor who wishes to collaborate with La Centrale to offer a recognition prize to mid-career or established artists who identify as women * and whose works are under-represented in the dominant cultural institutions.

An external jury selects 3 finalists and La Centrale’s members vote for the winner.

In 2011, the Prix Powerhouse of 5,000$ was awarded to Aude Moreau, selected among 2 other finalists (Marie-Claude Bouthillier and Marie-France Brière) during an award ceremony at La Centrale on June 29th, 2011.

Halfway between a workshop and an exhibition visit, this event is designed as an occasion to exchange, discover and discuss the work of the laureate.

In 2012, the 5,000$ Prix Powerhouse was awarded to Karen Elaine Spencer, selected among 2 other finalists (Manuela Lalic and Monique Moumblow) during an award ceremony at La Centrale on June 28th, 2012.

In 2013, the 5,000$ Prix Powerhouse was awarded to Catherine Bolduc, selected among 2 other finalists (Thérèse Mastroiacovo and Nadia Myre), during an award ceremony at La Centrale on June 20th, 2013.

In 2014, the 5,000$ Prix Powerhouse was awarded to Dayna McLeod, selected among 3 other finalists (Manuela Lalic, Renée Lavaillante and Jake Moore) during an award ceremony at La Centrale on October 22nd, 2014.

Dayna McLeod's work is presented at La Centrale as part of a ten days exhibition from October 15th to 24th, 2014.

At this edition, It is decided that the Prix Powerhouse will become a biennial award.

In 2016, the donor improved the grant to 10,000$. The workers, members and donor choose to divide the award between three artists.

The prize is awarded to kimura byol-nathalie lemoine, Manon Labrecque and Alexis O’Hara who each receive 3,333$ during an award ceremony at La Centrale on October 7th, 2016.

The work of kimura byol-nathalie lemoine, Manon Labrecque and Alexis O'Hara is presented at La Centrale as part of a four weeks joint exhibition which takes place from September 9th to October 7th, 2016.

For the next edition, the workers, members and donor choose to divide the prize between two artists.

The 10,000$ prize is awarded to Helena Martin Franco, and Victoria Stanton, during an award ceremony at La Centrale on November 16th, 2018.

The work of Helena Martin Franco and Victoria Stanton is presented at La Centrale as part of a three weeks joint exhibition from November 16th to December 7th, 2018, preceded by an artist’s residency.

* The award adapts to La Centrale's mandate over the years by following the evolution of its reflections on the inclusion of gender minorities and incorporates inclusive language in its communications.