The works of Tolia Astali and Dylan Peirce are built as part of a process that involves the simultaneous construction and destruction of forms, that are then coalesced into structures that carry the mark and journey of their making. To this extent the works are as open in their direction as they are in the history that is inscribed within and on the surface. With the use of materials such as fiberglass and polyester, epoxy, cardboard, paper, clay, lead, glass and liquids, they cultivate a vocabulary of marks, surfaces and events such as breakage, flaring, the bent, the corrugated, that speak motifs both organic and mechanistic. With a particular emphasis on decay (when objects perish the surface cracks to reveal the interior structure of its making), the artists aspire to create structures that might serve as a starting point for associative speculation, as well as offer a sort of inner map to the forms that inform them. Of particular importance to the two artists, is the thought that beneath the level of semiotic and narrative meaning, there is a more elementary level of forms that communicate with each other, interacting, echoing, reverberation, transforming one into the other... as Zizek would have it, it is this background and working of "proto-reality", this pre-narrative sphere, that provides the fiber and density of artistic, cinematic and literary experience—it is this density, and the anxious feeling that ensue from its relentless forming, that they seek through their work methods and the materials they make use of in their effort to situate this experience in space and time.

Astali & Peirce have been collaborating since 2000, when they met on the graduate program at Chelsea College of Art in London, UK. Together they have shown work consisting of sculptures, drawings, photographic prints, as well as sound and video installations, throughout Europe and North America, including at Fordham Gallery, London, UK (2001), Kunstwerke, Berlin (2003), galerie l'Oeil de poisson in Quebec city (2007) and Glassbox in Paris (2008). Tolia Astali was born in Tbilisi, Georgia and Dylan Peirce was born in Paris, France. They live and work in Berlin, Germany. 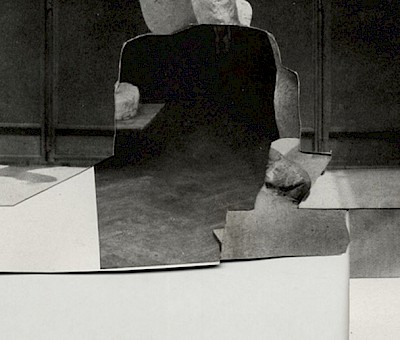