The end toward which artist Kay Aubanel has expended much energy is the creation of an aura; in order to evoke the mystery of Cairns, those rock formations set up by ancient cultures as ritual touch stones, the artist has not only included a whole series of photos and collages depicting manmade geology, she has also introduced real stones into the gallery. The resulting environment with its cargo of approaches seem to weigh far too much for the intangible spirit of mystery that the artist apparently wishes to conjure up. 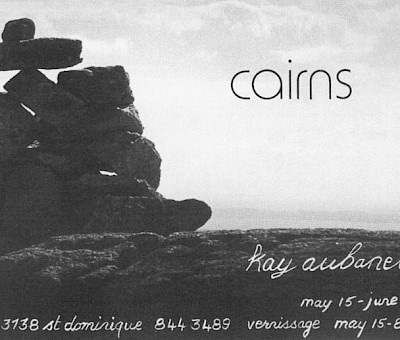