GENDER ALARM! Nouveaux féminismes en art actuel is an event series organized by La Centrale Galerie Powerhouse in celebration of our new mandate’s first anniversary. GENDER ALARM! will feature a group exhibition and performance night, a film and video screening, as well as a round-table discussion with a panel of participants well-known for their influential reflections on feminism and gender theories.

GENDER ALARM! will focus on the role of emerging feminist discourses within contemporary art and mark the start of La Centrale’s 2008-2009 programming season, with bold exhibitions and performances addressing the new mandate.

Herstory
Since its inception in 1973, La Centrale has had the mandate of disseminating contemporary art by Québécoises, Canadian and international women artists. This mandate sought to counter the under-representation of women within contemporary art institutions by creating a space that both fosters and supports their work, while making it available to a larger public as well. Feminism has undergone various permutations over the past four decades, and the history of La Centrale’s activities reflects our ongoing critical questioning of these transformations. In 2007, La Centrale adopted a new mandate which no longer limits the center to a women-only space. La Centrale’s revised mandate is informed by a definition of feminism that questions power relations in our society and concerns itself with a wider range of societal issues, including the implications of gender regulations, regimes of sexuality, class, race and imperialism. Consequently, the center now aims to engage more effectively with discourses in postcolonial and Third-World feminisms, as well as in emerging fields such as trans-feminism and masculinity studies.

Mandate
Growing out of the feminist art movement and founded in 1973, La Centrale Galerie Powerhouse is one of the oldest artist-run centers in Quebec. The center’s mandate expands on a history of feminist art practices and supports a broad spectrum of underrepresented artists and their initiatives within established art institutions. We aim to provide a platform for contemporary art informed by feminist and gender theory, as well as by intercultural and transdisciplinary practices. This involves networking and developing professional exchanges at the local, national and international levels. In order to allow intergenerational dialogue, we promote the work of artists at all stages of their careers. The programming and events presented by the gallery reflect the interests and involvements of our membership.

September 18 Feminist Art Walk, 4pm
Meeting point at The 2110 Center for Gender Advocacy 2110 Mackay, annex v-01, Concordia University
The 2110 Center for Gender advocacy invites you to join us on a 2-hour long walking tour of feminist art galleries and spaces in Montreal and to engage in discussions with local artists and activists as we explore the importance of critical transformations of art spaces, institutions, and the mandates guiding them. Tour guided by Erin Silver. Co-presented with The 2110 Centre for Gender Advocacy. For more info : 514.848.2424, ext. 7431 or email info@centre2110.org

September 27 Workshop 3pm Inclusive Spaces / Espaces inclusifs
This workshop will address the transition that many feminist institutions have made from women-only spaces to more inclusive centers, with Denise Brown of the Leeway Foundation in Philadelphia. Co-presented with The 2110 Centre for Gender Advocacy. For more information call 514.848.2424 ext. 7431 or email info@centre2110.org

September 28 Workshop 3pm Gendered Tongues / Parlons genre(s
Languages are not grammatically neutral -- perhaps more obviously in French, but English is a ‘he/man’ language like any other. So how do we express ourselves into reality? Take this opportunity to come discuss, practice (even invent!) language strategies that counter the so-called ‘universal’ masculine and allow us to speak/write difference more freely. Dual-language discussion will be led by Susanne de Lotbinière-Harwood. 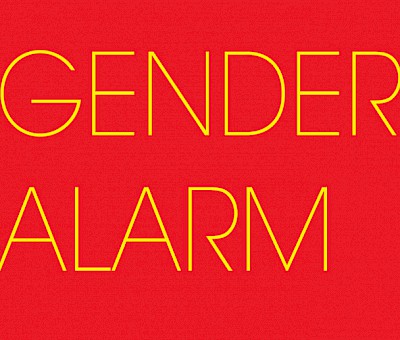