I am a feathered body with two wings for arms
two holes for eyeballs
a large black hand is watching me
it is gloved
ah! there it is
the prison is drawn but, oh! how effective!
illusionist brutality on paper
a curtain that hangs by itself upside down
a painted world that flips over in darkness
as austerity
I will be free
a total domination made of papier-mâché

Previously perching on a barbed wire
the tyran tritri totalitarian
is scrutinizing me
he is suspicious
my social structures have dissolved
like a Pepsodent capsule in a denture bath
my theater is obscure it mimics an imaginary
absurd and sinister maneuvering in
the head of a bird gently drunk flying
with as sun
the lid of a trash can shining.

∗The tyran tritri is called the eastern kingbird in english, I have kept the french name to use the word tyran (tyrant) to recall its harsher connotation (a despote).

Cynthia Girard is a visual artist and a poet. Recent personal exhibitions include Tous les oiseaux sont ici at Kunstlerhaus Bethanien (Berlin) and Cynthia's Revels at September gallery (Berlin) in 2009,  La secte de la souris volante at Oboro (Montreal) in 2007, Locked up at Space (London) in 2006 and Fictions sylvestres at the Museum of Contemporary Art of Montreal in 2005. She first gained recognition with a series of exhibitions entitled Le pavillon du Québec, that she realised between 2001 and 2003. This series questioned the representation of the national quebecois identity. She has participated in many group exhibitions including La triennale québécoise (Montréal) and Anthem at Carleton University Art Gallery (Ottawa).

In 2008-2009, Cynthia Girard was awarded the Conseil des arts et des lettres du Québec residency in Berlin, and in 2005-2006, the Canada Council for the Arts residency for visual artists in London. Le soleil et l’électron (Triptyque, 2005) is one of several poetry books she has published. 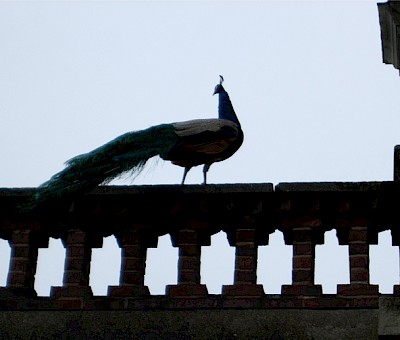