The Ethical Etherealness of Fuck and Love

The Ethical Etherealness of Fuck and Love

“Why don’t you ever use your strength on me?” she said.
“Because love means renouncing strength,” said Franz softly.

―Milan Kundera, The Unbearable Lightness of Being

Kundera was just another yt boi who drew from centuries old knowledges about eternal return, contained within the stories of Jainism, Hinduism, Sikhism, Turtle Island Indigenous teachings, and Buddhism, just so he could colonize its ethical love logix with his own brand of jerk-off existentialism. I know you didn’t think a yt boi made that shit up[i]?

But we only live once, he whined, time is linear, duh. Sry Kuny, ya basic. With our Mother, we live forever. Leave it to a fuck boi to say that if we, as humans, don’t know outcomes, we can’t ever know if our decisions are right or wrong. We can still ground our actions in good-intent and love, like the teachings from the aunties say. A fuck boi says lightness, where I argue that the draw to empathy is not unbearable, but in itself, sweet. Knowing, accepting, the heaviness of continuity, forever, is, indeed, a loving fate.

Some have asked if ethical love is just a quandary borrowed from the existentialists, walking around some French-Canadian city with a Camus tattoo and worn down copy of The Unbearable Lightness of Being in their back pocket—a modern day, fuck boi Franz. Don’t get it twisted, the simultaneously ancient and present, ethereal body of colour is a vessel for the O.G. ethical loving and fucking that have always existed in occupied territories.

“The Ethical Etherealness of Fuck and Love” takes back the ethics of intimacy and relationality from those yt bois too light to hold down—Kundera, Nietzche, Bourriaud. Yes, global colonialism has disrupted our traditional life ways—our ways of loving and being loved. We are sick with an extractive white-supremacist project that has resulted in a loss of our connection to the land and, along with it, our connectivity with all life around us and our understandings of how that connection is fostered through love. But that’s precisely why love is a politic, one which we activate through engagement with ancient technologies—our material cultures. Our sacred kinships and relationalities are encoded within us, hard wired into our bodies. From them, we create something that is both futuristic and of the old ways, embodied through us. We are the children of the diaspora, loving, fucking, and healing ourselves into the future.

Lindsay Nixon is a Cree-Métis-Saulteaux curator, award-nominated editor, award-nominated writer and McGill Art History Ph.D. student. They currently hold the position of Editor-at-Large for Canadian Art. Their forthcoming memoir, nîtisânak, is to be released in September 2018 through Metonymy Press. Their writing has appeared in Malahat Review, Room, GUTS, Mice, esse, The Inuit Art Quarterly, Teen Vogue, and other publications.

Her interdisciplinary process explores the spaces between the worlds; between grief and joy, between body and land, between words and meaning(s), across oceans and between waterways. Being raised in Chumash, Chicanx, and queer family traditions, between urban and rural environments, directly informs her understandings of embodiment and place as spatial, temporal and grounded in relationship.

Dayna Danger is a 2Spirit/Queer, Metis/Saulteaux/Polish visual artist raised in so called Winnipeg, MB. Using photography, sculpture, performance and video, Dayna Danger‘s practice questions the line between empowerment and objectification by claiming space with her larger than life scale work.

Danger holds a MFA in Photography from Concordia University. Danger has exhibited her work in Santa Fe, Winnipeg, Ottawa, Montreal, Peterborough, North Bay, Vancouver, Edmonton and Banff. Danger currently serves as a board member for the Aboriginal Curatorial Collective (ACC/CCA).

Kama La Mackerel is a tio’tia:ke/Montreal-based performer, writer, story-teller, arts facilitator and multi-disciplinary artist whose work explores aesthetic practices as forms of resistance and/or healing for marginalized communities. Using photography, poetry, textiles, performance and digital arts, Kama's work is both deeply personal and political, articulating an anti-colonial praxis through cultural production. Kama is the co-founder of Qouleur, an annual arts festival and healing space by and for queer and trans artists of colour, and the founder & hostess of GENDER B(L)ENDER, Montréal’s monthly queer open stage. Kama was born in Mauritius, immigrated to India as a young adult, and has been living in tio’tia:ke/Montréal since 2012. Kama recently launched Our Bodies, Our Stories, an arts and performance training and mentorship program for queer and trans youth of colour aged 16-24, and she is also working on her new one-woman spoken-word show.

Within her first year of pursuing writing she has been able to attend Naked Heart the largest LGBTQ literary festival in the world and has attended a residency at Banff Centre for the Arts and Creativity. She has work published/forthcoming with Them, Canadian Art, Fiddlehead and Prism International. Her debut collection of poetry ‘Disintegrate/Dissociate’ is forthcoming Spring 2019 with Arsenal Pulp Press.

Amber Williams-King is a multi-disciplinary Antiguan artist practicing in Toronto. She uses various mediums to explore sexuality, gender, representation and the intersections of identity, while intimately chronicling her experiences as a chronically-ill Black queer femme. Amber has exhibited across the city and has upcoming shows in Montreal and the Caribbean. 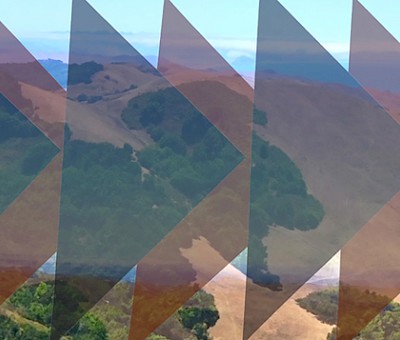