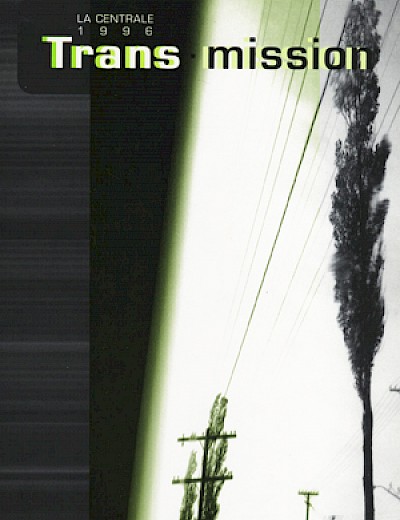 Coordinated by Élaine Frigon, Danièle Racine and Manon B. Thibault

The publication entitled Trans.mission represents a step forward in the reflection on women'd art that La Centrale has been carrying on for several years. This publication, which provides artists and authors with a space for exploration, is divided in two sections. The first section includes essays on the handing down of the feminist legacy, as well as previously unpublished works by the members of La Centrale. The second section features essays and artists' writings about the exhibitions held in 1995-1996.

With texts and artworks by: