"The project Ma (Interval), is a project spread over a year, consisting of different kinds of performative actions, in the space of the gallery and in public space, in different cities across the world, including Nicosie (Cyprus), Curitiba (Brazil) and Montréal (Canada). Employing the idea of refuge as a centrale image, I am particularly interested, for this series, by liminal spaces; temporal spaces that connect people, things, words, and time.

What the Japanese call Ma, could translate as an interval in time and space. The void that contains all...

Each of these performances will be concentrated on a specific aspect of the liminal space.

For La Centrale, I am looking into the precarious equilibrium between the feminine and the masculin, as well as the possibility to create experences and hybrid qualities between the two."
-Martine Viale 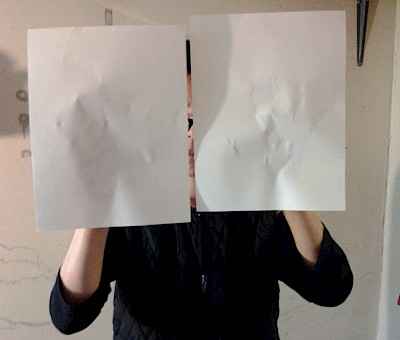