Video programming that brings together two generations of women artists working from their own pasts, exploring the trauma of their experiences of war, the consequences of colonialism on filiation from the angle of adoption, as well as the migration and (re)construction of identity when the territory identified as your homeland is colonized or becomes a war territory. These works also question the relationship between political power and patriarchy.

Night Cries : A rural tragedy, 1990, 16 mm (digital version), experimental, colors, 17:00, Australia
‘Night Cries is about “loving and hating your mother”, says Tracey Moffat.
Inspired by ‘Jedda’, Moffatt resurrects the two primary characters and propels them 30 years into the future, transforming the relationship between child and mother into carer and invalid. On an isolated, surreal Australian homestead, a middle-aged Aboriginal woman nurses her dying white mother. The adopted daughter’s attentive gestures. We feel her frustrations of duty, her suppressed anger, her own need for warmth and love, her personal loneliness. Her memories and dreams invade her nerve fraying routine until the old woman dies and we share the daughter’s immense sense of loss. Shot entirely in a studio, the power of Night Cries: A Rural Tragedy lies in the artificially treated vibrantly coloured landscape and carefully constructed soundscape. The environment contributes another personality… an unbending, unchanging force.

I recorded myself coloring the hair of my grandmother. After she died, I wrote all the stories she used to tell me and made a narrative part. Through her life story one can easily imagine the contemporary atmosphere of a socio-political reality that was surrounding her life.

To leave is difficult; to stay is complicated. Short experimental video about traces left by departures with no return, made out of two words sewn on fingertips

Tracey Moffatt (Australian, b. 1960) is a filmmaker, video artist, and photographer whose stylistic experiments draw upon both popular culture and her own background, examining subjects such as Aboriginal subjugation, maternal domination, gender stereotypes, and class division.

Born in 1982 in Sarajevo and growing up during the Bosnian War (1992-1995), Adela Jušić developps a body of work which is predominantly entwined with issues surrounding memory, personal tragedy and the reality of conflict. Through processing her experiences mainly through the medium of video and often with text, Jušić’s work is at once cathartic and objective, looking at events from a distance in order to critique and reconsider the nature of war.

Her socially engaged practice has its foundation in personal experience and memory. She has critical feminist approach to all the subjects and her preoccupation with war also examines patriarchal conditions and enforced gender stereotypes in Bosnia. As a young woman working and living in Bosnia, and as someone who “does not fit Bosnia’s stereotypical idea of what a woman should be” (Jušić, 2015), the artist has been branded a social outsider and condemned for her untraditional view of gender. She is also co-founder and worker at "Association for Culture and Art CRVENA". She currently lives and works in Sarajevo.

Khadija Baker is a Montreal-based, multi-disciplinary artist of Kurdish-Syrian descent. Her installations investigate social and political themes centered on the uncertainty of home as it relates to persecution, identity, displacement, and memory. As a witness to traumatic events, unsettled feelings of home are a part of her experience. Her multi-disciplinary installations (textile, sculpture, audio/video) involve participative storytelling and performance to create active spaces of empathy and greater understanding. Her most recent work explores the social aspects of violence in the Arab world and specifically how it affects women and children

Transnational mountain animal adapted to an urban environment, I am inspired by my grand-mother's arts & crafts, all kinds of hand drawn stories, artivists. I facilitate drawing and micro narratives workshops. My stories have travelled in Québec, Canada, the US, in Ecuador and in France. Frequently involved in collaborative projects, I am also a roller derby addict.

Born in Macedonia, ex-Yugoslavia, Sonja Zlatanova lived in Europe before settling in Montreal in 2012. She has a master’s degree in visual arts from the École nationale supérieure d’Arts de Paris-Cergy and has frequently exhibited in Europe. She has also worked as a coordinator and curator for both institutional and alternative dissemination platforms.

Zlatanova has developed a polymorphous body of work that unites photography, video, installation, performance, drawing and embroidery. Her practice is informed by everyday situations and actions, as well as by environments that concentrate and condition the body. In Zlatanova’s work, the body is not figurative; rather, it is explored as a vehicle for the sensitive and the social.

byol-nathalie kimura-lemoine is a multimedia artist and curator, born in korea (south), educated in belgium, and immigrated to canada. kimura-lemoine works on issues surrounding identity: diaspora, ethnicity, gender and play on words. 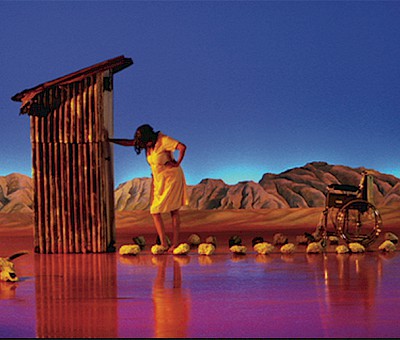