La Centrale galerie Powerhouse is proud to present the exhibition A Thousand Cuts by the artist B.G-Osborne, from February 12, 2021 to March 21, 2021. Because of the pandemic, this exhibition will be visible only from the window of La Centrale at 4296 St-Laurent Boulevard, between Marie-Anne and Rachel Streets. The video A Thousand Cuts is also visible below.

A Thousand Cuts is a three channel found-footage video installation that addresses the misrepresentation of trans people in film and television and the ongoing reality of violence that transgender/transsexual people encounter. The video is comprised of appropriated footage from 48 films, 34 television series, and one music video ranging from 1953 to 2015.
The video compilation is accompanied by a single-channel scrolling text video listing over 1000 names of documented trans murder victims from January 2016 to September 2020. Data was compiled by Transrespect Versus Transphobia Worldwide.

“This is not your average video mashup. Unlike more typical, easy viewing mashup compilations, the editing in A Thousand Cuts is purposefully not seamless and the supposed humour is presented with a critical edge. The movement between the different clips is frenetic, chaotic, and unsettling, quickly jumping from one clip to another. The clips overlap at times to such an extent that it becomes difficult to take in the dialogue and images on all three monitors at once. The music is often foreboding, destabilizing, and suspenseful, similar to a horror movie soundtrack. Rather than constructing an easy to digest narrative, there is an overflow of information and it takes a few viewings to unpack the details.
This overwhelming viewing experience is very effective in that it replicates the bombardment of misunderstandings, misconceptions, and dehumanizing representations we see about trans people in the media every day.” -- Kristen Hutchinson, LUMA Arts Quarterly 2018

B.G-Osborne is a queer, bigender settler of Scottish and British descent born and raised on Treaty 20 territory (Southern Ontario), currently working in Tio'tia:ke (Montréal).
Osborne’s ongoing projects seek to address the complexities and revisionary potential of gendervariant representation/embodiment, and unpack their experiences with mental illness and well-kept family secrets. They place great importance in showcasing their work in artist run centres and noncommercial galleries across Turtle Island. https://bgosborne.weebly.com/

Please note that the gallery space is not open to the public during window exhibitions. 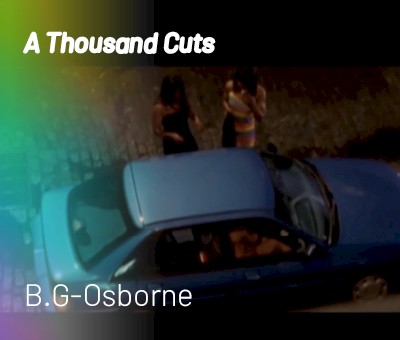 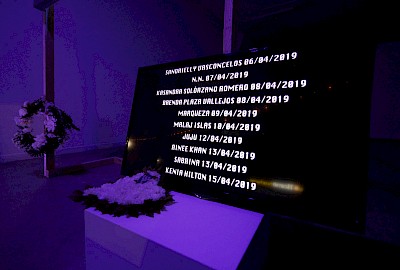 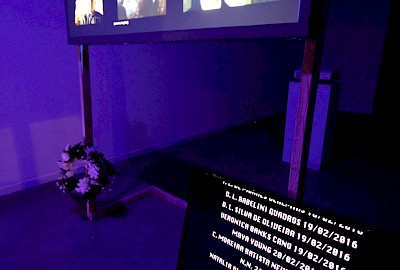 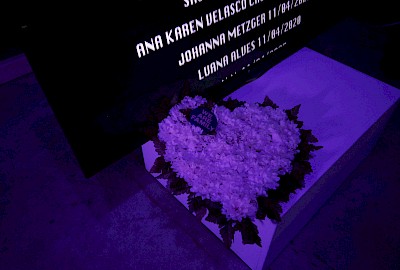 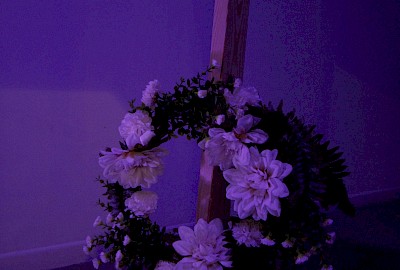 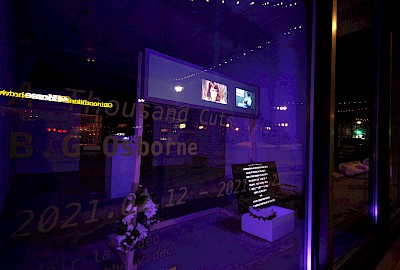