The visit is a meeting in the form of a laboratory aiming at confronting stereotypes, reaffirming identities, building new individual and collective narratives, sharing survival resources. The visit, as an artistic intention, originated in the early years of Fritta Caro's immigration. These first social contacts were decisive for the questioning of her most fundamental beliefs, for the reformulation of individual mythologies and for the reconstruction of the self-image; inevitable manoeuvres to adapt to the host society.

This visit at La Centrale is also a place of resistance to official and mercantile discourse about this so-called "diversity" in Montreal.

Descolonízome - a Spanish-speaking word that means I decolonize myself! - is the desire to initiate a collective and autonomous process of unveiling and questioning the hierarchies that operate through contemporary art. Based on three specific migratory conditions from this side of North America, our guests will share their concerns and strategies for decolonization in relation to the contemporary visual arts. They will discuss about art and immigration, strategies of inclusion of artists from cultural "minority" by institutions, and current practices of solidarity in art.

Introduction and host of the visit
By Fritta Caro (Montreal - Cartagena)

Fritta Caro, fiction of a Latin American female artist in Montreal, is the host of ¡ D E S C O L O N Í Z O M E !. She will contextualize this visit that is the result of a dialogue initiated at La Centrale since DémocrAstie! : Action is progress, in December 2015.

In the context of the global debates surrounding difference in today's society, discourses emerge, along with new public policies. Nowadays, the Neozapatist question "how can we create a world where many worlds are possible?" becomes more relevant than ever. This presentation aims to reflect on cultural diversity in Québec's artistic milieu: what are its stakes and commitments. As a starting point, I propose to think of diversity as practice, action and performance.

IMI Corona is an inter-generational, volunteer-led community space for alternative education supported by the Queens Museum. IMI Corona uses art as a tool for organizing, and for building political consciousness and power among mixed-status, working class immigrant families in Corona, Queens. Since 2014 IMI Corona has been led by the Community Council a body that exists to help us break the doors that lock us in, so that our mind can fly more, so that we can connect our experiences and imagine new ways to live, to follow our dreams, and to fight and struggle together to make them a reality.

In this presentation an overview of the project and the community, as well as ongoing work being led by the Community Council, will be presented. At the center of this work is an effort to decolonize the ways that we build and relate to each other, and how we build our analysis of the current political crisis for migrants in NY and beyond. Using La Monstrita Justiciera (Little Justice Monster), the symbol of IMI Corona's Educational Justice campaign, as a point of departure, this conversation will explore the monsters we all have within us and how we might begin to face them in our path to decolonization.

Fritta Caro represents a forced identity adaptation: permanent resident or new Canadian citizen, she carries a memory, a logic and existential reasons unknown by the government and the host society. Her image reveals the incoherence of a path of superficial integration and the adoption of a factitious identity. She is incarnated by Helena Martin Franco, an artist from the Colombian Caribbean. Helena has been living and working in Montreal since 1998. She holds a master's degree in Visual and Media Arts from the Université du Québec à Montréal and is actively involved in the network of artist-run centers in Montreal. She is part of several collectives for the dissemination of visual arts, including L'Araignée in Quebec. From a gender perspective, she links these groups and cultural organizations in an effort to encourage the encounter and exchange of artistic practices, particularly between Canada and Colombia. Her interdisciplinary practice explores the mixing of different artistic processes and the hybridization between traditional techniques and new technologies. Starting from autofiction, she reveals the permeability of the boundaries of cultural, national and gender identities, through the dialogue between action, image and text.

Nuria Carton de Grammont is an art historian, independent curator and lecturer at Concordia University, specialized in contemporary Latin American Art. She holds a Ph.D. in Art History from Concordia University and two Postdoctorates, one from the Center for International Studies and Research (CÉRIUM) and the other from the Department of Geography at the Université de Montréal, where she also coordinated the Network of Studies on Latin America (REAL). She has published several articles in journals, including Les Cahiers ALHIM, Fractal, ESSE arts + opinions, Inter-Art Actuel and Archée and co-edited the book Politics, Culture and Economy in Popular Practices in the Americas (Peter Lang, 2016). As a curator, she has presented Narco-culture and the art of violence (2014) at the Center for Ethnographic Research and Exhibition in the Aftermath of Violence, and co-curated with Véronique Leblanc the exhibition Gilberto Esparza. Plantas autofotosintéticas at the UQAM Gallery in the spring of 2017.

Silvia Juliana Mantilla Ortiz is an artist, educator and organizer whose work is located at the intersection of oral histories, migration, queerness and feminism. She has been involved with IMI Corona since 2012 where she is currently the IMI Corona Community Organizer. SJMO holds a Master of Fine Arts in Public Practice from Otis College of Art and Design and a Bachelor of Arts in Fine Arts with a Concentration in Latina Studies from Williams College. SJMO also holds deep community-building knowledge gained in informal contexts that tend to prioritize popular education, popular organizing and popular art. This knowledge through practice has been and continues to be built through her involvement with collectives and organizations that insist on the need for artists and neighbors to be in deeps solidarity with social justice movements such as Talk Is Cheap, Mobile Print Power, Pedagogy Group, ICE Free Queens, and Queens Is Not for Sale. SJMO has strong links to many communities but currently resides in Jackson Heights, Queens where she loves to cook for her friends, sing karaoke, and ride her bike. 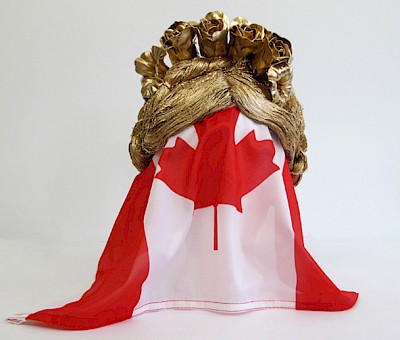