SOFT SPRAYS is an exhibition by women and non-binary artists reflecting narratives that are not often centered within the scene they are part of.

At the margins of a milieu where toughness and abrasive masculinity is valued, some artists prefer to stay true to their taste for delicate, sweet, soft aesthetics, despite these particularities being devalued within the scene. SOFT SPRAYS showcase the work of graffiti artists centering iconography, colors and textures that are deemed too soft, too femme or too bright for concrete walls. Featuring the work of local graffiti writers Stela (Montreal) and Miss Teri (Montreal), as well as Shalak (Toronto) and Mrs (New York), SOFT SPRAYS is a playful collection of work combining a feminist twist and the traditional techniques popular within graffiti.

Ms Teri is a Montreal based artist who explores life's poems and riddles through an ever expanding range of media. From graffiti to print making and ceramics, her work often references different art movements and periods whilst depicting contemporary themes. As she nears the end of a bachelor's degree in Painting and Drawing, she walks a practically unpaved path as one of Montreal's few female graffiti artists and continues to flourish in the local scene through exhibitions, murals and other unofficial artistic activities.

MRS is an abstract collage artist who was born and raised in The Bronx, New York. As a young painter she was greatly influenced by graffiti culture. Her work is inspired by graffiti art’s relationship to temporality—an element not always obvious, visible, or identifiable to the spectator. Each layer signifies part of a story about the battle for space, and for ownership of a wall. MRS builds texture through different medium such as aerosol and silkscreen. Textured materials are cut up and collaged back together into patterns. Through use of textile collage MRS combines art that is often perceived as being masculine, graffiti, with art that is often perceived as being feminine, quilting. The process is a simulation, and the product is an illustration of how the once-recognizable individual tag, word, or shape becomes hidden—sometimes illegible—as it becomes part of the collective image made of anarchic impulses.

Shalak Attack is a Canadian-Chilean visual artist dedicated to painting, muralism, spray paint urban art, and canvas art. For over a decade, she has manifested her artistic expression on urban walls across the world. In Shalak's artistic practice, she fuses the spirit and the aesthetics of traditional South American muralism with contemporary graffiti & street art. Shalak's distinctive multilayered and signature use of colour are emblematic of her unique style that inhabits the realm of psychedelic magical realism. Specializing on her acclaimed series of evocative "Animal Spirits" and vibrant human portraits, she creates visual narratives that strive to honour the sacred power of Nature. The Spirit Animals she paints are most often endangered animals, and their bold presence is a conscious reminder that their existence is at risk because of our ego-driven-addicted-busy-daze-of-never endingurban-life-consumption.

Starchild Stela is a Montreal based graffiti artist known for their feminist artworks. Stela, who has been active within the local street art scene for a decade, stands out by their soft and delicate aesthetic choices, contrasting with their often radical messages. Their current work explores themes such as nostalgia, childhood trauma, queerness, non binary identies and color coordination. They are known for their playful pastel palettes and their unapologetic feminist standpoint. 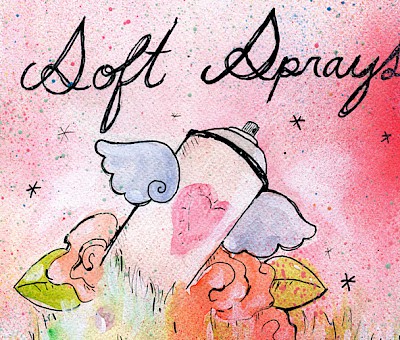