Leviathan falls in love, it is this prodigal and unlikely moment when the monster of chaos, the prince of darkness whose mouth is the gate, the one whose own entity consists of the multitude of souls he devours, would find himself to have the soul devoured by another. A moment when his power wavers and where his slow and heavy journey in the world is interrupted and stops at the contact of another entity which triggers in him the amorous shock.

Born in 1986, Élise Provencher lives and works in Montreal. She gratuated with the baccalauréat en arts visuels et médiatiques at UQAM in 2011 and now pursues an MFA in Fine Art, sculpture, at Concordia University. 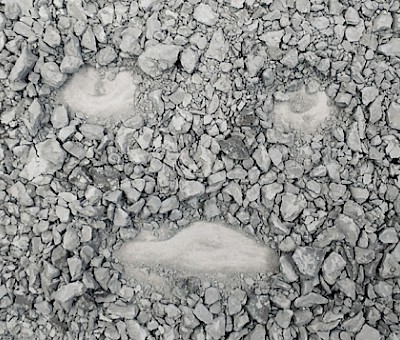