Lessons in Pipe Dreaming and How to Facilitate Future Living

This project proposes a series of hacked together mother-daughter workshop spaces where both sense and nonsense prevail. In these “idea rooms”, fantasies are born; hoarded, cheap new material is transformed into environments in which form and imagery create visceral stimuli for change. This presents a space - or a series of small spaces - where the conference meets the playground. Through text, digital photography, animation, sculpture and installation, this imaginative and immersive environment creates an alternative universe that is both suggestive and actual – a fantastic space that speaks to collaboration, possibility, and play.

These spaces for dreaming and facilitating change appear necessary for upholding freedom, creativity and wonder in a future both geologically and socioeconomically uncertain.

Stephanie Cormier was born in Montreal, Canada, has lived in the Caribbean, and the UK and currently lives in Toronto. Stephanie completed her BFA at OCADU and holds an MFA from The University of Guelph. Her work has been exhibited across Canada as well as internationally, and has earned several national grants and awards. Stephanie will be continuing to collaborate with her 5 year-old daughter in an upcoming residency at Open Studio in Toronto where they will explore the possibility of creating “tools you didn’t know you needed” and “spaces to facilitate new evolvement”. 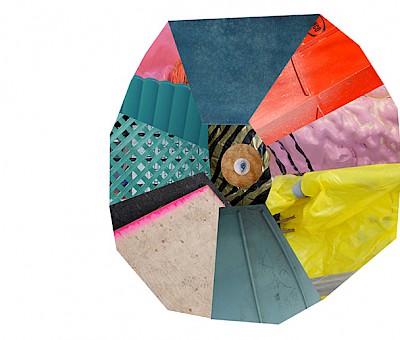