Ok Lucid an aesthetic research project in which Ianna Book explores public perceptions of her transsexuality through an online dating site. It is a moment of clarity. The interaction takes shape inside a space of seduction through an abundance of messages received as an apparent cisgender woman. Her responses to these messages reveal herself as a transsexual woman. Of all the men who contacted her : 50% have stopped writing to her 20% are curious, 10 % are confused, 10% are seduced, 9% are negative and 1% others.

*For reasons of anonymity, all names in this work are fictional.

This work in progress will continue to be fed on the opening night during a performance which will consist in live interraction with people connected on the online dating site. As my laptop will be connected to a projector, public will be allowed to follow my discussions and witness my reactions. New messages will be added to the installation.

Ianna Book is a multidisciplinary artist and transsexual activist who lives and works in Montreal, QC, Canada. She studied visual arts at the Cégep du Vieux-Montreal (1997-2000) and Visual and Media Arts at the Université du Québec à Montréal (2001-2005). Her works have been presented as part of several group exhibitions in Canada and in the United States. In 2013, she published Trans Avenue, a photographic essay combining transsexuality and urbanity. She thereafter curated Trans Time, the first international exhibition of trans artists in Montreal, in collaboration with Virginie Jourdain and Marie-Claude G. Olivier. In 2016, she presents a solo exhibition at Leslie and Lohman Museum in New York. Ianna is also part of the selection of the Elizabeth A. Sackler Center for Feminist Art at the Brooklyn Museum. 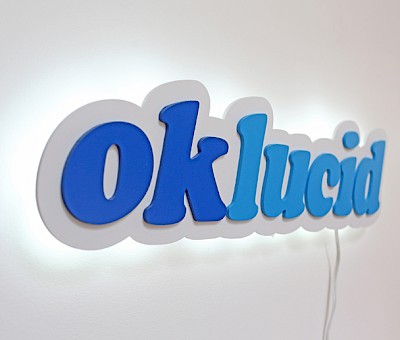