In this presentation I would like to introduce you to the many hybrid, extra-ordinary languages that are spoken in Brussels’ neighborhoods. While French is the dominant language, Brussels is officially bilingual. The city is the capital of the monolingual Dutch speaking region Flanders, the capital of the trilingual kingdom of Belgium, and also the capital of the European Union, which counts 24 official languages. The complex amalgamate of overlapping policies and politics does influence but not define the way language adapts and transforms in daily use. In Parlez-vous Saint-Gillois? / Spreekt U Sint-Gillis? and De Schaarbeekse Taal / La langue Schaerbeekoise, a team of artists, urbanists and radiomakers collected more than xxx local words that are not in a regular dictionary. The projects were developed between 2009 and 2015 in the context of Constant, an association for Arts and media that connects research oriented artistic practice, (cyber)feminism, digital network culture, gender and technology with copyleft practices and free/libre open source software.

Peter Westenberg is a visual artist working in collaborative situations on projects around counter-representation, social conditioning and routines. His work involves photo-collage, soundwork, video, urban interventions. With Constant he develops research around public domain, Libre Graphics, migrating identities and terrains, recently resulting in the multi-authored exhibitions I don’t know where this is going in iMAL, Brussel (BE) and The Tech Oracle in esc, media_art_laboratory in Graz (AT). He teaches Art / Media theory and Digital Public Space technologies at École de Recherche Graphique in Brussels. 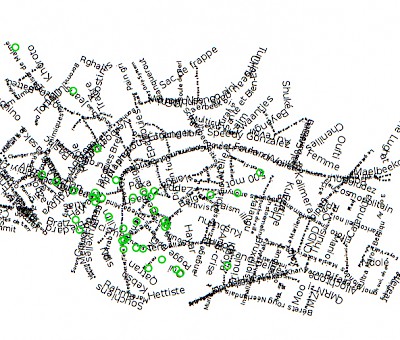