WHAT BONDS ARE THESE ?

The works in what bonds are these? circle around an ongoing exploration of an ancient Danish weaving technique called Sprang.

Sprang is made with only warp or vertical threads, bound together in a kind of extended braid. The resulting material is saggy, stretchy, pliable and encompassing. Stuart uses the material and the process of it’s making as a kind of extruded painting support, a support that literally and metaphorically pushes at the boundaries of the rectangle and de-faces the grid. The material limitations of traditional painting – support, canvas, ground and pigment, are simultaneously a constraint and an embrace.

The things in the exhibition might not best be described as paintings. Some are more sculptural while some distinctly speak a craft vernacular. Nonetheless, the point of origin, the impetus, the first problem, the first question, is persistently the question of modernist painting: the relationship between the figure and the ground.

For Stuart, what is at stake in this relationship is not a desire to make something transcendent or sublime, or something concrete and arguable. Instead, the works probe at a very physical abstraction, at something bodily that feels simultaneously intimate and alien, particular and uncertain.

Beth Stuart is an artist, living in Toronto, Canada, and exhibiting nationally and internationally. She received a BFA from Concordia University in Montreal, and an MFA from the University of Guelph. Recent solo exhibitions include two sticks in a shed at Battat Contemporary in Montreal, and the Cliques at Erin Stump Projects in Toronto. She is the recipient of numerous grants and awards including a recent Honourable Mention in the RBC Canadian Painting Competition. She is currently an instructor at OCADU.

The artist would like to recognize the generous support of the Canada Council for the Arts and the Ontario Arts Council, as well as Battat Contemporary. 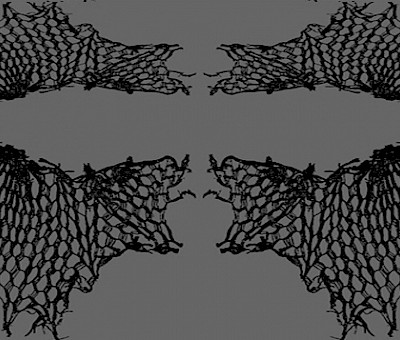