«Hello Cynthia, I am just now in the middle of going through the texts to further elaborate on my project. I started from a black and white image that takes as its subject, the conferences that you had sent, and in doing the research, I read alot about the anonymity of artworks created by women, as well as their very weak representation in the history of art.» - Véronique Lépine

Archives Cannibales is a multidisciplinary installative exhibition that presents a collective project of reflection on the La Centrale archives. The artists were inspired by the exhibition of the centre’s past forty years to produce artworks that celebrates four decades of feminist art.

Vegan cheeses made by Byrdsheese
will be served durind the opening !


Based in Montréal, the artist Joannie Boulais's practice is a hybrid, oscillating between collage, sculpture, painting, installation and artist books. She has exhibited and completed residencies in Québec, Manitoba, Argentina, Spain and Japan. Her process begins with the collection of objects whose connotation and meaning are changed through plastic interventions. Questionning identity, her assemblies - of images, of words and materials - can seem awkward and incongruous at first look, but their manifest humour seduces nonetheless. In 2013, she received her first grant from the Conseil des arts et des lettres du Québec. She will being an MFA at the University of Québec at Montréal in September 2014.

Cynthia Girard holds a Master’s in Fine Arts from Goldsmiths College (London, United Kingdom, 1998), and teaches visual arts at UQAM (in Montréal). She presented Fictions sylvestres in solo at the Montreal Museum of Contemporary Art (2005), and participated in the Quebec Triennial in 2008. Her work is actively presented internationally. The artist has been recipient of grants from the Canada Council for the Arts and the Conseil des Arts et des Lettres du Québec to complete artist residencies in London and Berlin. Girard’s work is found in the collections of the Montreal Museum of Contemporary Art, the Canadian Ministry of Foreign Affairs as well as the collection of Carleton University Art Gallery and many private collections.

Lamathilde is a video-sound-performance artist. Her work investigates identity through sexuality and gender using low-grade video, super 8, manipulated film footage and stop-motion animation. Sound is at the core of her practice. Her work has been shown in many galleries and international festivals. Born in France, Lamathilde lives and works in Montreal. She is part of the sound-performance collective WWKA, has hosted a radio show for 5 years and is an active member of the Montreal visual arts scene. She’s been part of Coral Short’s performances since 2008 and works with her on different collaborations, Sexnoys (Vancouver), Social (Montreal).

Born in St-Casimir en 1980, Véronique Lépine lives in Pointe St-Charles and works in Hochelaga. She received her BA from UQAM, and is a co-founding member of the organism Pique-Nique. One can see her work in diverse events, manifestations and exhibitions. (Caravansérail, Manif d'art de Québec, Stadtgalerie (Switzerland), Maison de la culture Maisonneuve et Frontenac, Circa, Galerie Verticale...). Her work will be exhibited in April at the Lilian Rodriguez Gallery in Montréal.

Natasha Rock lives and works in Montreal. She was mainly creating videos but has since fallen deeply in love with ceramics. She hopes to live up to her name by the time she’s fifty and become a Rock Goddess.

Kevin Rodgers is a visual artist whose practice draws upon provisional formalism and political philosophy. In 2012, Rodgers received his PhD in Art and Visual Culture from Western University--one of the few programs of its kind in Canada. He is also a 2008 graduate of the master of fine arts program at the University of Guelph. Rodgers has shown widely and has also written for numerous publications, as well as curated two exhibitions. Rodgers was recently awarded a three-month residency at FLACC in Genk, Belgium in 2014. 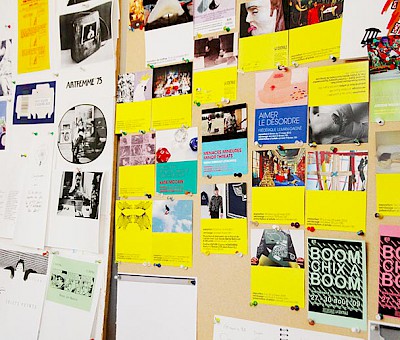