The exhibition includes an assemblage/gathering of over 100 of these femmes savantes, brilliant women whose genius-sized brains out-size their bonnets, all the while exuding innocence and naïveté. Swirling outward from two sources, the figures appear to grow in size as they march toward the large brain suspended in the centre of the gallery. This giantess sculpture dominating the ritual space of the gallery is constructed of afghans, other found materials, and discarded home studio crafts largely made by women. Brain Child probes contemporary society’s representation of the female intellect, seen as infantilized and submissive, by presenting an alternative vision -- a secret society of brilliant women in the midst of enacting a sacred ritual. A self-proclaimed “maximalist,” Allyson Mitchell has an extremely multifaceted practice as an artist, scholar, activist and curator. These seemingly disparate roles are united by her feminist focus, which she articulated through Deep Lez – a cultural movement that “seeks to map out the connections between the second-position feminisms that have sustained radical lesbian politics and the current ‘third-wave’ feminisms that look to unpack many of the concepts upon which those radical politics have been developed.” Her exhibition Brain Child furthers this exploration of feminist values, foregrounding questions of global female cultural production in contemporary culture. The screening is presented in collaboration with GIV (see above address). Curated by Amy Lynn Kazymerchyk, Deep Lez Film Craft: The Stuffed and Sticky films of Freeshow Seymour is a survey of Allyson Mitchell and Christina Zeidler’s collaborative and solo film and video work.

Allyson Mitchell is a Toronto-based artist working predominantly in sculpture, installation and film. Since 1997, Mitchell has been melding feminism and pop culture to play with contemporary ideas about sexuality, biography and the body, largely through the use of reclaimed textile and abandoned craft. Mitchell teaches in the Women’s Studies and Cultural Studies departments at York University. 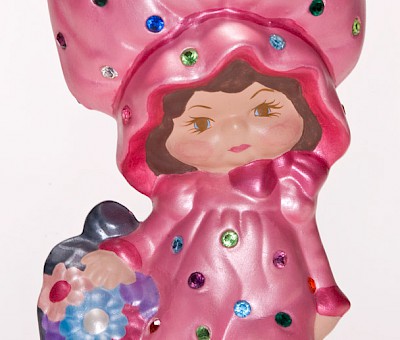