Marina Roy’s exhibition What’s pushed out the door comes back through the window (part 2) sets up an arena of discursive activity between human, animal, myth, psychoanalysis, literature, and biopolitics.

The artworks betray an impulse toward bricolage and the grotesque, a stylistic term that comes from the Latin grotto, meaning small cave. The original caves were in fact rooms and corridors of the Domus Aurea, an unfinished palace Nero had started in 64 AD but which was buried after his death and then forgotten over fifteen centuries before they were rediscovered. The walls of the rooms were covered in a decorative interweaving of hybrid plant, animal, human and mineral imagery. One of Roy’s approaches is to sift through literature and found imagery to uncover and reconstruct a metaphorical network of unconscious corridors and rooms, hinting at the many ways civilization has reconfigured the biological and the natural to political ends. The work points to how repressed desire and trauma always find a way back through the window, just as ‘nature’ finds ways of reasserting itself despite human/cultural control.

At La Centrale, Roy will present Apartment, a 56-minute animation whose structure is inspired by Georges Perec’s 1978 novel La vie: mode d’emploi, in which the author takes the reader through 100 rooms of an apartment building, following a knight’s move in chess. In Roy’s work, wild plants and animals slowly take over deteriorating rooms as the residents gradually succumb to a mysterious virus. The piece imagines a posthumanist scenario for a posthistorical heterotopic space. She will also show the letterpress prints, Kings and Creatures, which use a variety of formal textual devices to deliver words, phrases, and quotes that allude to the relationship between creaturely (or bare) life and sovereign power.

Marina Roy is a Vancouver-based artist who works across a variety of media, including drawing, painting, video, animation, sculpture, and writing. She has exhibited work in Canada, the United States, the UK, Europe and India. Incorporating raw and found materials, image and text, her work strives to create an allegorical visual language that reveals the ideological structures that bind us. In 2010 she was recipient of the VIVA art award, British Columbia’s largest visual arts award. In 2001 she published sign after the x (Artspeak/Arsenal Pulp), an encyclopedic book which revolves around the letter X and its multiple meanings in Western culture. This was also made into an interactive website in 2010, with David Clark and Graham Meisner (signafterthex.net). She is currently researching and writing a new book about human-animal distinction, biopolitics, and the letter Q, titled Queuejumping. She is associate professor in visual arts at the University of British Columbia.

The artist would like to thank Michelyne Roy, Graham Meisner, Abbas Akhavan, and Robert Tombs for assistance with production of many of the elements comprising this exhibition. 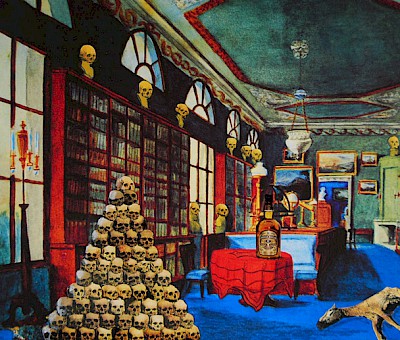