Digging the Archive will be preceded by another project developed from an archival residency during La Centrale's 40th Anniversary programming series. k.g. guttman will give an artist talk to present her project Conversation that she carried out with member and former member artists of La Centrale.

Conversation, conceived in celebratory spirit for the 40th anniversary of La Centrale, was a choreographic project that activated and rejuvenated lines of contact between past and current members. During March-May 2014, I facilitated conversations through pairing up of foundational members or members in the early years with newer members. My desire for the piece was to explore a mode of transmission and remembering that wasn’t official or archival, but through the flux of being in relation.

The archives of La Centrale are the reflection of an incredibly diverse engagement with every imaginable art medium as well as being an anthology of significant figures. The constant flux of new tape format, cameras and editing methods has impacted early video history and how that history is written from region to region and even centre-to-centre. It is a medium that is unsettled and unmoored. The flexibility of the medium has meant that activists and artists have claimed it. In fact, the artists whose work is presented in this program create liminal spaces between the binaries of ‘art’ and ‘activism’. The program Digging the Archive features seminal work from artists who presented their work in the first decade of La centrale’s existence.

k.g. Guttman is an artist based in Montreal. She is currently a candidate in the PhD Arts program (artistic research) of Leiden University and the Royal Academy of Art in the Hague, the Netherlands. Her work, funded through the Social Sciences and Humanities Research Council (SSHRC), considers relationships between mapping, choreography, and site-specific interventions. From 2008-2013, k.g. Guttman was an Assistant Professor in the Department of Contemporary Dance at Concordia University, Montreal.

Anne Golden is an independent curator and writer whose programs have been presented at Musée National du Québec, Edges Festival and Queer City Cinema among others. She has written for FUSE and Canadian Theatre Review. Golden has participated in numerous panels on curatorial practices, independent distribution and, more recently, horror films.

Golden is Artistic Director of Groupe Intervention Vidéo (GIV). She teaches in the Creative Arts Department of John Abbott College. 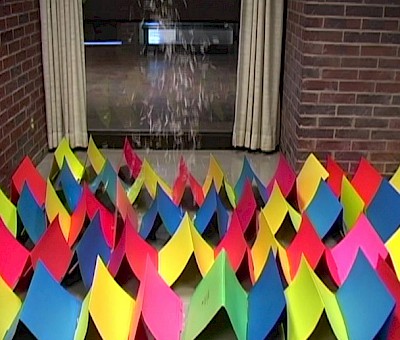