Fleshold is an exploration of the connection between people and animals in wildlife rehabilitation centres. The exhibition, featuring video, photography and textiles, examines the complexities of our anthropromorphic attitudes toward animals and the limits of what nurturing can bring to wild creatures.To begin this project, the artist hand-stitched a series of quilts, each one designed for a particular wild animal who had been rescued, and gave them to the sheltered animals for the duration of their stay in human care. She wanted to determine if the loving act of hand crafting security blankets could translate for wild animals, so she offered the garments to raccoons, skunks, fawns, a coyote, and many others. D’Arcy documented their immediate response to her gesture, and weeks or months later, upon the animals’ release (or passing), the quilts were returned to her.

Fleshold is comprised of the used and tattered blankets—sculptural relics of the invalid wild animal, a video that depicts the artist’s hands engaged in sewing the garments, and a video showing the initial reactions of the wildlife to their gifts. Fleshold contrasts the traumatic experience of confined wildlife with the nurturing and compassionate intentions of those who are caring for them.

D’Arcy Wilson is a Halifax based multidisciplinary artist working primarily with performance. This project is part of a larger body of work in which she explores the relationships between people and wildlife, addressing themes of vulnerability, absence, and isolation. Each project laments her inability to connect with wildlife and to seamlessly integrate into nature.

Last January, a group of activists and academics launched the manifesto "Animals are not things" aimed at changing the Quebec Civil Code in order to confer a status to animals that would be distinct from household goods. This manifesto has gathered 30,000 signatures in two weeks.
But if animals are not things, what are they and how shall we approach our duty to them ?
Are our obligations the same towards wild animals as domestic animals ( used for company or butchery ) ?
Should we recognize in animals, the intermediate status between things and people or in fact recognize the sentient beings as persons on a legal level in according them the most fundamental moral and legal rights ?
Beyond our obligations to do no harm without necessity, have we obligations to come to the aid of animals ? Should we care for and offer refuge to hurt wild animals ? What of those animals who cannot be rehabilitated ? Should we abandon them to their fate, kill them or create santuaries for them in order that they can continue a different life ?
Two instigators of this manifesto will be accompanied by two researchers in animal ethics for a discussion of our complex and ambiguous relationship we have with animals. 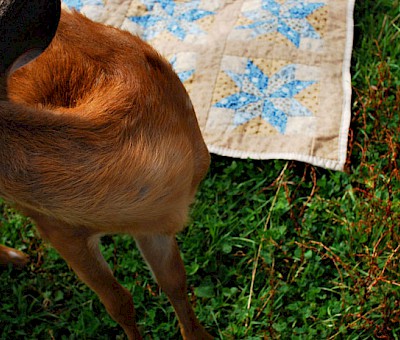