UQAM’s ICI conference program (Intervenants culturels internationaux) is pleased to host Jessica Sofia Mitrani, in conversation with Helena Martin Franco. The conference will be held on Wednesday March 21st, from 12 :45 pm to 1 :45pm, at the J-7170 on the 7th floor of the Pavillon Judith Jasmin. Address : 405, rue Sainte-Catherine Est (H2L 2C4).

Following the conference, the projection Straight Jacket Curly Hair ; une perspective féministe non alignée en art contemporain, a selection of the artist’s videoworks, will be held at La Centrale galerie Powerhouse on March 21st, at 7pm. During this evening, they will present episodes of El crucigramista; América Invertida, a series exploring culture with a multidisciplinary approach, questioning conventional ideas by reversing iconic figures in the history of art.

These two events are the first part of VIS-À-VIS / VISIONARIAS: Video Programming of Women Artists from the Colombian Caribbean and Pacific. The second part will be presented by the Groupe Intervention Vidéo (GIV) on April 11, 2018 at 7 pm (4001 Berri, #105).

As an artist and active member of La Centrale Powerhouse Gallery, Helena Martin Franco is actively pursuing a dialogue within the Centrale about the inclusion of artists from immigrant backgrounds in the programming of Montreal's artistic institutions. In order to arrive at an understanding of the intentions of artists from other hemispheres, the first mechanism identified was to give the artists the floor. The contextualization of their geopolitical situations and their artistic pathways, sometimes hybridized or inhabited by mixed cultural referents, proves indispensable in understanding their approaches. At this time of revising policies on integration-inclusion in the cultural milieu, the consolidation of spaces of listening and dialogue is one of the keys to divert the stereotypes that blur our appreciation of the works of these artists who are anchored simultaneously in several geographical, political and social perspectives.

With this in mind, Jessica Sofia Mitrani, an artist who immigrated to New York in 1999, was invited to participate in the ICI program. As one of the pioneers of video art in the Colombian Caribbean, she is also one of the first artists in this region to openly display her feminist concerns in her work and in her approach. For her lecture, she will put in context her artistic intentions, the subjects in which she invests, her aesthetic choices, her narrative strategies, and her look at the art scene from an art practice that has not been dulled down.

This dialogue, supported by La Centrale, is the beginning of the construction of tools that aim to help reduce the gap between women artists from the North, the South and those who are halfway there; those of the diaspora.

Jessica Mitrani was born in Colombia and now lives in New York. Her work has been exhibited, screened, and broadcast internationally. In 2012, her video Headpieces for Peace won the Grand Prix at the ASVOFF5 Festival at Centre Pompidou, Paris. Her short film La Divanee (2013) was an official selection of the Oaxaca and Marfa film festivals; previously, it was shown in a solo exhibition in Vienna and included in “Future Feminism” at The Hole gallery, in New York. In 2014, Mitrani received a grant from the Hermès Foundation to create the immersive film and performance work Traveling Lady, presented by the Crossing the Line festival in New York and the New Settings program in Paris. Last year, her theatrical collaboration The Undertaking appeared at the Brooklyn Academy of Music as part of its New Wave festival, and she performed in Ryan McNamara’s Back to School at MoMA PS1, New York. The Screening Room in Miami presented Traveling Lady, a solo exhibition consisting of prints, objects, and video. She is currently writing and directing five-minute cultural shorts for Brazil’s ARTE1 network. In 2017, Traveling Lady will be performed at the Soluna International Music and Arts Festival, in Dallas.

Helena Martin Franco, Born in Cartagena, Colombia, Helena has been living and working in Montreal since 1998. She holds a master's degree in Visual and Media Arts from the Université du Québec à Montréal and is actively involved in the network of artist-run centers in Montreal. She is part of several collectives for the dissemination of visual arts, including L'Araignée in Quebec. In Colombia, she is the founder artist of the collective La Redhada, a network for women artists of the Colombian Caribbean, CAVCA and the collective Las Meninas Emputás! From a gender perspective, she links these groups and cultural organizations in an effort to encourage the encounter and exchange of artistic practices, particularly between Canada and Colombia. Her interdisciplinary practice explores the mixing of different artistic processes and the hybridization between traditional techniques and new technologies. Starting from autofiction, she reveals the permeability of the boundaries of cultural, national and gender identities, through the dialogue between action, image and text. Her work has been presented in Dominican Republic, Lituania, Spain, New-Zeland, Colombia, United States, Argentina, Cuba and Quebec. 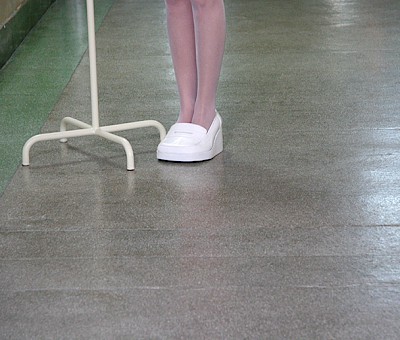