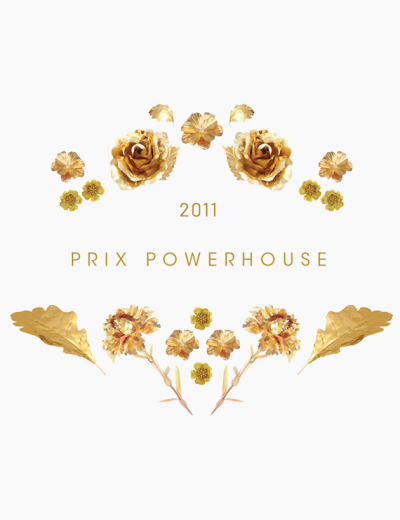 La Centrale announces and congratulates the winner of the Prix Powerhouse 2011, Aude Moreau.

La Centrale congratulates the finalists of this edition: Marie-Claude Bouthillier and Marie-France Brière.

The 5000$ prize was granted during an award ceremony at La Centrale on June 29th, 2011. The award also included an artist residency followed by a two days exhibition which took place on January 28th and 29th, 2012 at La Centrale.

Aude Moreau
Aude Moreau lives and works in Montreal. She completed a licence at the Université de Paris 8, before moving to Quebec and pursuing her studies in scenography (1991). Since 2000, she has developed a body of work that combines her double background in scenography and visual arts. Her first solo exhibition in an artist-run centre was Le fil d’Ariane that she presented in 2000 at La Centrale Galerie Powerhouse.

La Centrale would like to thank the jury for the first edition of the Prix Powerhouse, composed of:

« Aude Moreau consistently creates monumental contextual works with a unique poetic sensitivity and power. The grandiose nature of her projects and audacious statements made within them don’t imply that she limits herself to the flashy and the spectacle. Her interventions are calculated and remain anchored in a critical discourse. Her recent works have involved non-artists, which adds another layer of complexity to an already rich practice. » - Jury of the Prix Powerhouse 2011.

La Centrale thanks its members, the nominated artists, the members of the jury and all those who participated in this first edition of the Prix Powerhouse.